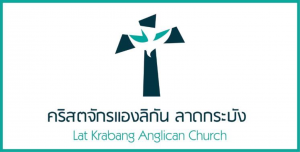 Planning for a new church plant started in 2009 with weekly prayer meetings of about 10 people in Christ Church Bangkok. The praying and waiting continued for two years. God led them to Lat Krabang district in Eastern Bangkok, where there were several community groups identified:

As the outreach to the students and community continued, the nucleus of the church started to grow, assisted in part by many from the Tribute Program (Diocese of Singapore), which included members from St Andrew’s Cathedral. Joined by Revd Lee Mullins, and his wife Pawinee, from the Diocese of Western Anglicans, the inaugural service for Lat Krabang Anglican Church (LKAC) was held on 4 August 2013 at a shophouse along the main road at Lat Krabang Soi 40.

The team then begun to search for a piece of land to position the future cathedral of ACT. The search ended on a 11,200 sqm area of land directly opposite LKAC. Across a canal at the back of the land is CSC. The purchase was made on 30 September 2014 and the land dedication ceremony took place on 21 March 2015. ACT’s three-fold vision for this place is:

FOR MORE ABOUT US…